(Cliche, I know, but I just couldn't resist. And yes it looks like the movies, no there aren't any orcs, and yes there are beautiful elvish queens) 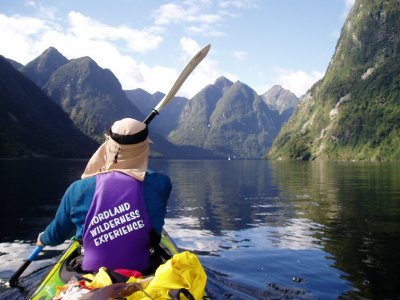 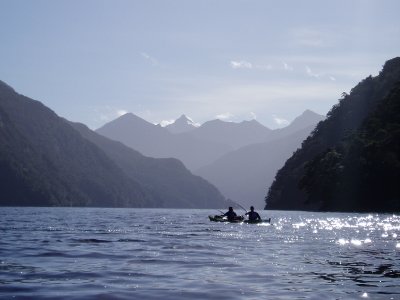 The place was the Kepler Track, one of New Zealand's "Great Walks", a trail passing through beech forest and over mountain ridges giving views of huge peakes rising straight out of huge glacial lakes. Along the way on the four day walk are huts maintained by the New Zealand Department of Conservation (think US Forest Service with no guns and fewer trucks). Because of the way the huts are located, as you walk the track each night you see the same group of people along the way and end up becoming quite friendly, sharing meals, hiking together, taking pictures...becoming a fellowship, so to speak. 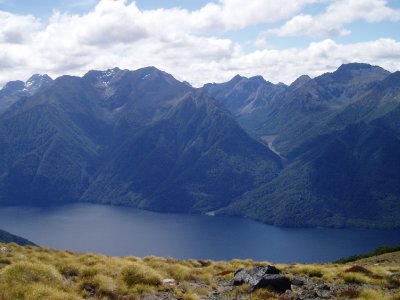 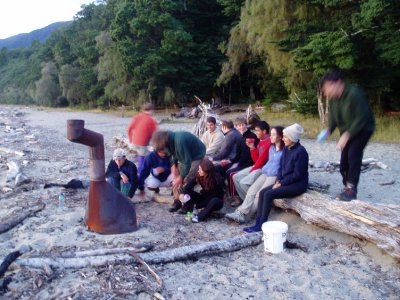 Our crew consisted of (and I'll omit names here to protect the innocent) myself, an Aussie chick, two Brits, at least half a dozen Israelis, a Canadian photographer guy, a German Alex Supertramp, and a few others. It was a nice crowd and I could fill an entire entry with lots of marvelous (and not so marvelous) things about each one of these people, but for the sake of this story you really only need to know about ER and Captain Tom. 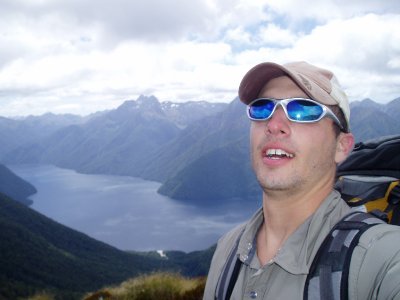 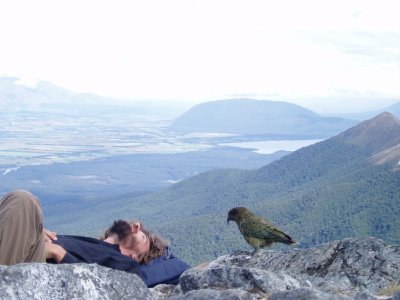 ER and Captain Tom were the childhood friends from the UK who were taking a holdiay from their current jobs; Tom a captain in the British military, just back from Aghanistan and ER was )surprise surprise) and ER doctor. Both were holding on to the "child" part of childhood quite strongly and were execellently immature for their age (thirties). As you would expect, Captain Tom was built like a linebacker and could move like one too. It was a good thing too, because ER had agreed to do the trek under one condition: Captain Tom carries the wine. Enough for every night. And so Captain Tom, as we learned in the first night, carried three 3 liter bags of wine in addition to steaks and at least one box of milk, and not the powdered kind.

Before the final night, the wine had run dry and ER did not look happy. As a result, Captain Tom hiked 10 to the final hut, dropped off his pack, ran 15k to the parking lot, drove into town, bought two more bags of wine, drove back to the parking lot, and ran (with 6L of wine!) back to the hut by 4:30 in the afternoon completing 40k, only a few kilometers short of a marathon. A fine line between stupidity and alcoholism. Or maybe it was both. Nonetheless, after his victories in Aghanistan (and he had them, beleive me) and his "walk" to town for wine, Captain Tom was a true hero for sure. 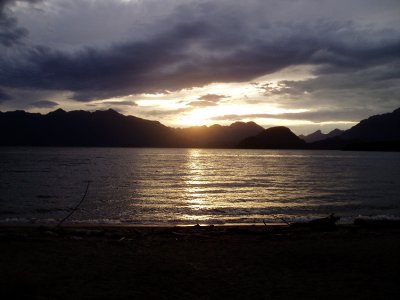 Believe it or not, this is the last entry, at least for this trip. But wait, he just gave us a few bungee jumping photos a month ago and that's it! We missed all of New Zealand, except for Captain Tom! That's unfair! Well, while I do apologize for ignoring all of you a wee bit, I will have to deflect to the words of a family friend told to me before I left: "I don't want to read too many blog entries because that means you aren't spending time having fun." And so I was having too much fun and decided to leave the last bit of story telling for back at home, where you will have to put up with me in person to hear more about the last part of the trip. I will let the pictures at least tell most of the story... 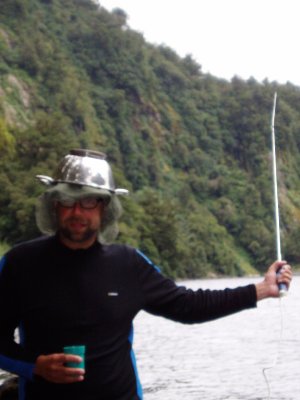 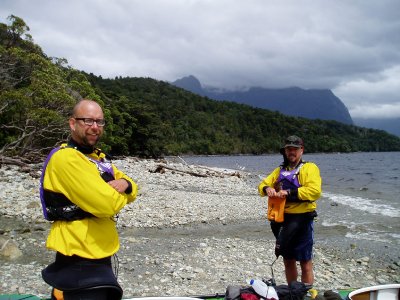 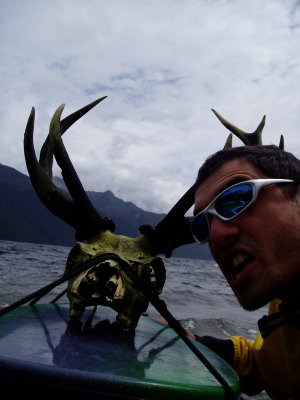 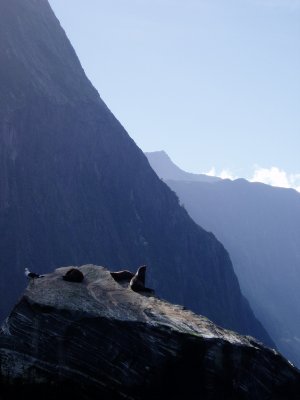 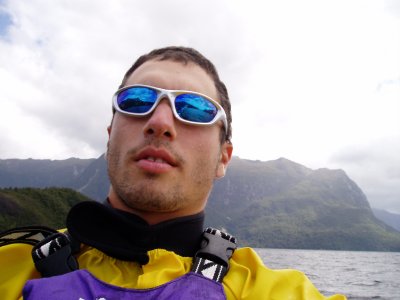 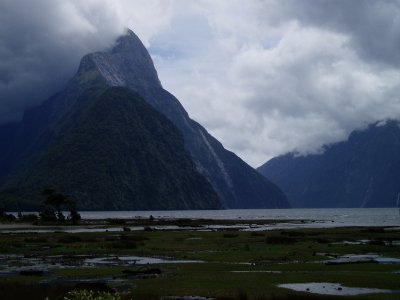 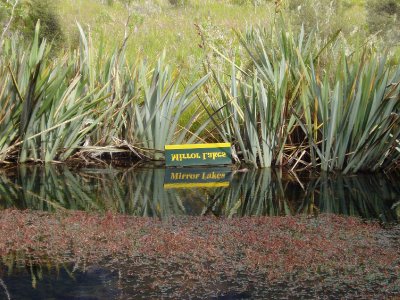 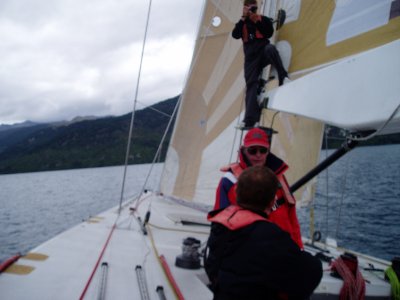 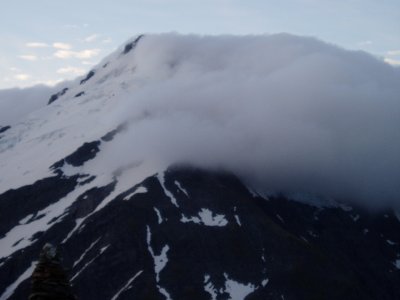 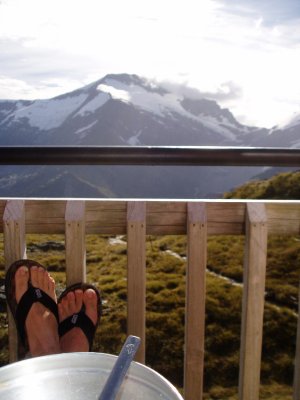 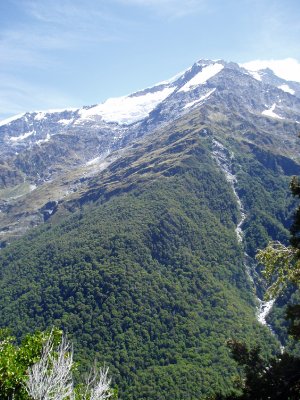 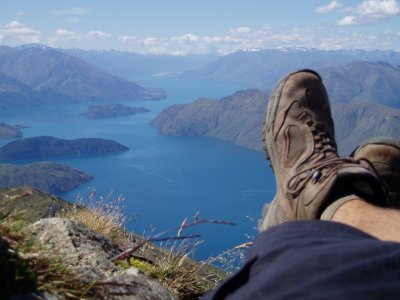 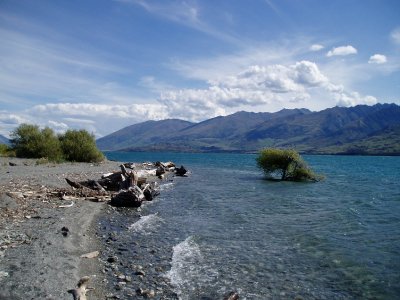 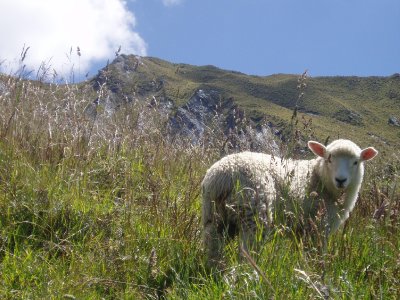 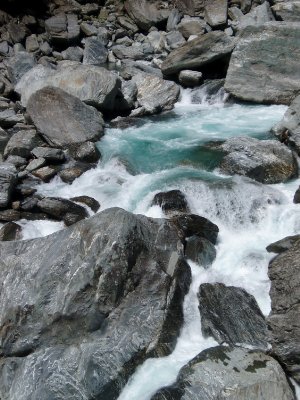 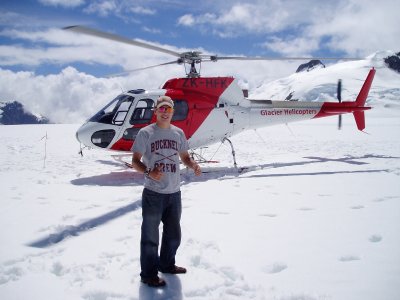 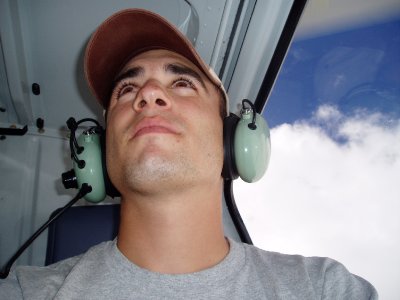 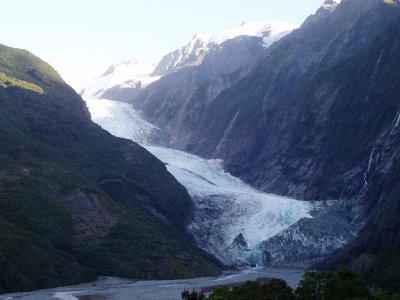 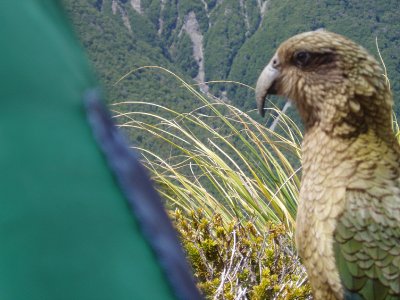 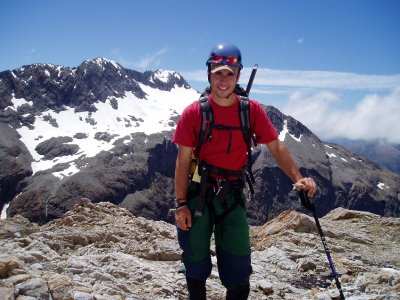 There were whales, dolphins, mountians, fjords, sounds, birds, glaciers, kayaks, kiwis, volcanoes, boats, waves, caves, sunsets, orcs, wizards, elves and hobbits, the details of which you will have to get in person, or at least over the phone. After all, an author has to leave room for a sequal. 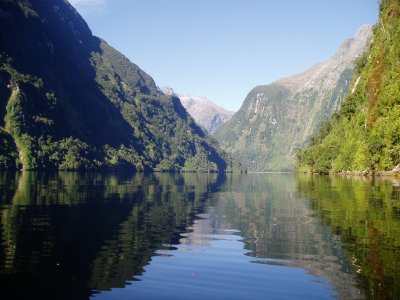